The Bible...The Rule and Guide of our Faith and Practice...

As a worldwide organisation, the Royal Black Institution exists to give it's members the opportunity to:

in order to understand the Christian Faith and demonstrate it's relevance for today's society.

Increase knowledge of the Reformed Faith.

in order to extend it's influence and development throughout the world

Engage in Christian and Charitable outreach.

in order to demonstrate their personal faith in Jesus Christ, their commitment to regular Christian Worship and all aspects of charitable living.

in order to maintain, and enhance greater and higher standards of Justice, Truth, Honesty, and Integrity in both private and public life.

Why is it called the Royal Black Institution?

The colour black is the predominant colour in the sash or collarette worn by a member of the Royal Black Institution, whether on parade or during a meeting of his preceptory. The full title of the Institution is "The Imperial Grand Black Chapter of the British Commonwealth".

When was the Institution founded?

How widely is the Institution spread?

In 1999 the Royal Black Institution claimed working preceptories (the working units of the Institution, equivalent to the "lodges " of other fraternal organisations) across the Six Counties of Northern Ireland, as well as in the counties of Cavan and Monaghan in the Irish Republic. The Institution is also strong in Australia, Canada, England, New Zealand, Scotland, the United States of America, and in the West African countries of Ghana and Togo. The Institution is multi-racial, multi-lingual and is not connected with any single religious denomination. Members are welcomed as honoured guests in preceptories across the world when travelling for business or pleasure.

What are the qualifications expected of a member?

Applicants to a preceptory within the Royal Black Institution must have attained the age of eighteen years and held the Royal Arch Purple degree of the Loyal Orange Institution for a minimum of three months. They must be active members of a Protestant denomination, and must subscribe to the doctrine of the Holy Trinity as held by the Protestant churches. As members they must conduct themselves with the dignity and restraint appropriate to the Institution. Prospective members of the Royal Black Institution should approach a member of a local preceptory for specific details of the application process. Membership of a Royal Black Preceptory will not compromise a personal commitment to the Christian Faith: the workings of the Royal Black Institution are all derived from the Bible, and the Bible and its teachings are central to both the Institution and the everyday lives of its members. We provide a fraternal and supportive meeting-place for Bible-believing Protestants, as well as offering practical support to the propagation of the Gospel.

Is the Institution connected with any other organisations or orders?

Two years after the formation of the Orange Order in 1795, the Royal Black Institution came into existence in Ireland in 1797 with its foundations based firmly on scriptural truths and the propagation of the Christian Reformed Faith.

Unfortunately, records covering the immediate intervening years are scant, however, the earliest printed record available is dated 1858. This was printed and published at the Downpatrick Offices of "The Downshire Protestant"

From that period the printed annual reports of the proceedings of the Institution are available and provide valuable insights into the progress of the Royal Black Institution throughout the English-speaking world in its initial formative years and afterwards.

It was on September 14th 1846, at a meeting held in Portadown, that the Royal Black Institution was placed on a permanent base through its re-constitution. From that point in time the Institution was infused with new life, vitality, inspiration and discipline, a foundation, which has helped it stand the test of time and helped greatly in expanding the Institution to the worldwide membership that exists today.

The tiered structure of the Institution has its foundation in the local Preceptory, which is known as the Royal Black Preceptory or RBP for short. Each Preceptory has a unique number, which is allocated by the governing body when a new warrant is issued.

The Preceptory elects officers who represent their membership at the next tier, namely a District Chapter. Officers from the various local District Chapters come together and form a County or Provincial Grand Chapter.

The Officers of the various County or Provincial Chapters constitute the membership of the governing body known as the Imperial Grand Council. This Council is recognised by all members of the Imperial Grand Black Chapter of the British Commonwealth, which is the title of the Institution. This is the title inscribed on all warrants, certificates correspondence etc. However, the Institution is commonly referred to as the Royal Black Institution.

One of the Institution's most colourful and well-attended events is the annual demonstration at Scarva in Co. Down, Northern Ireland, held traditionally on the 13th of July each year. Preceptories from Portadown, Newry, Tandragee, Markethill,, Banbridge, Rathfriland and Lower Iveagh take part along with many national and international visitors.

Other demonstrations attended by the majority of Preceptories in Northern Ireland are organised on the last Saturday in August each year, usually across six different venues. 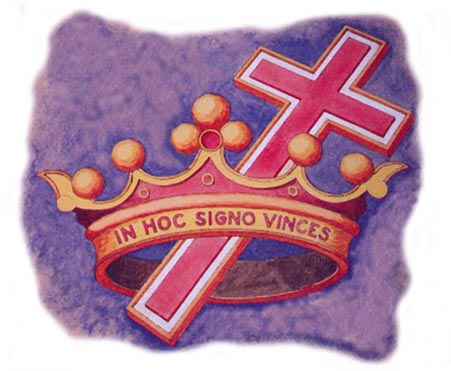 A demonstration is also organised on the second Saturday in August in Fermanagh attended by Preceptories from Fermanagh, Cavan Donegal and Monaghan as well as one in Scotland attended by all the Scottish Preceptories.

At the beginning of the 21st century, the Royal Black Institution is poised to continue its valuable role in maintaining its witness for the Christian Reformed Faith and fostering friendly relations among people of a common heritage on what is truly a worldwide scale.